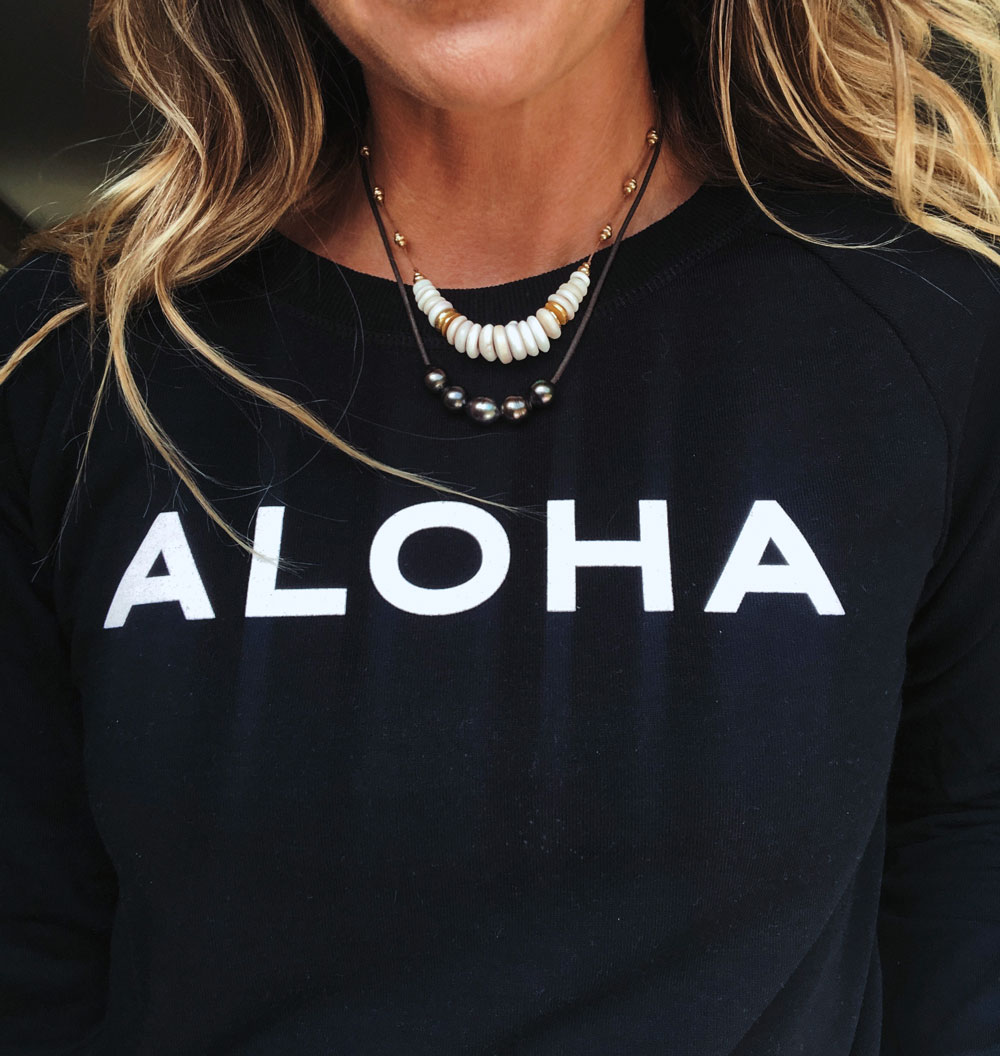 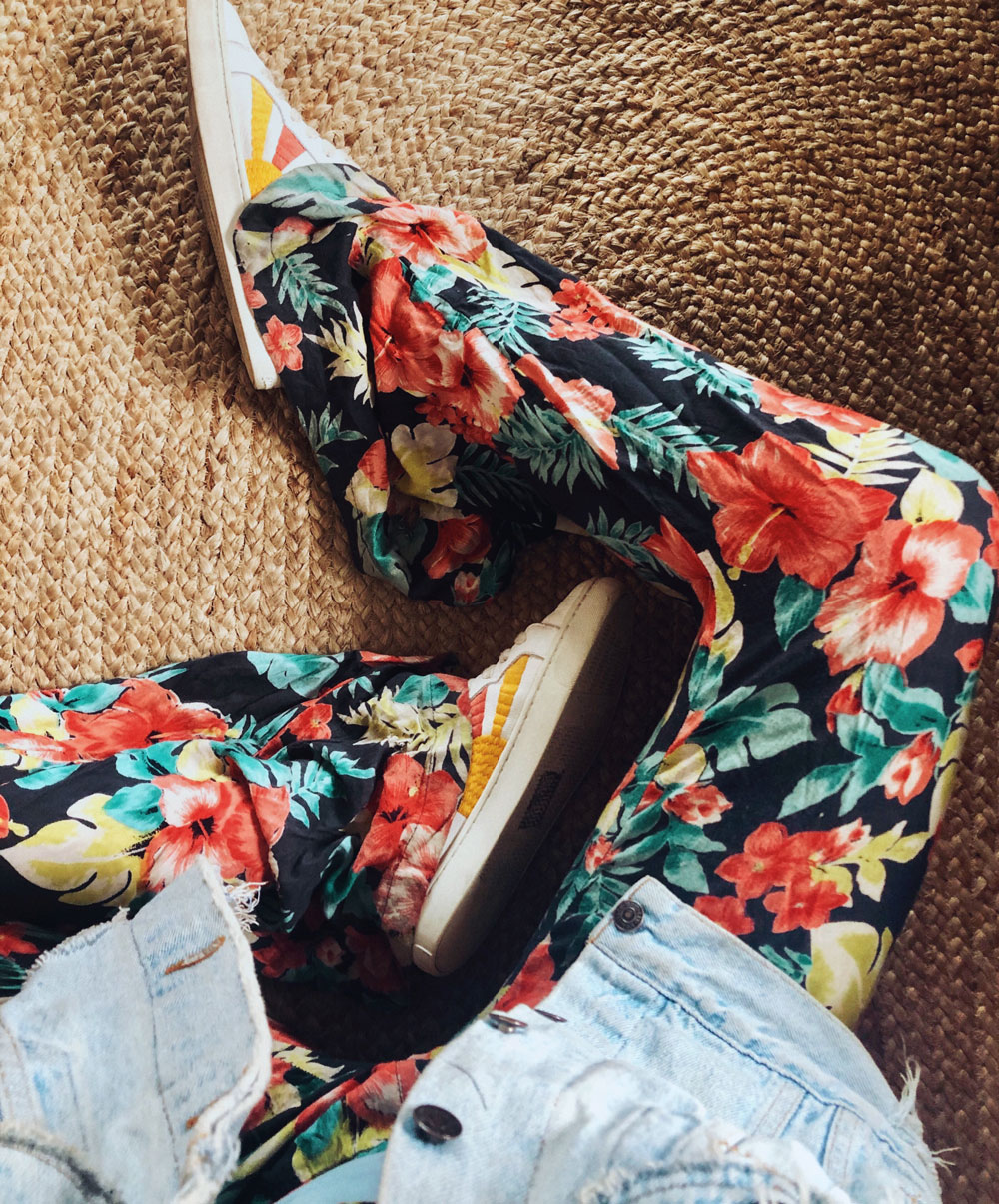 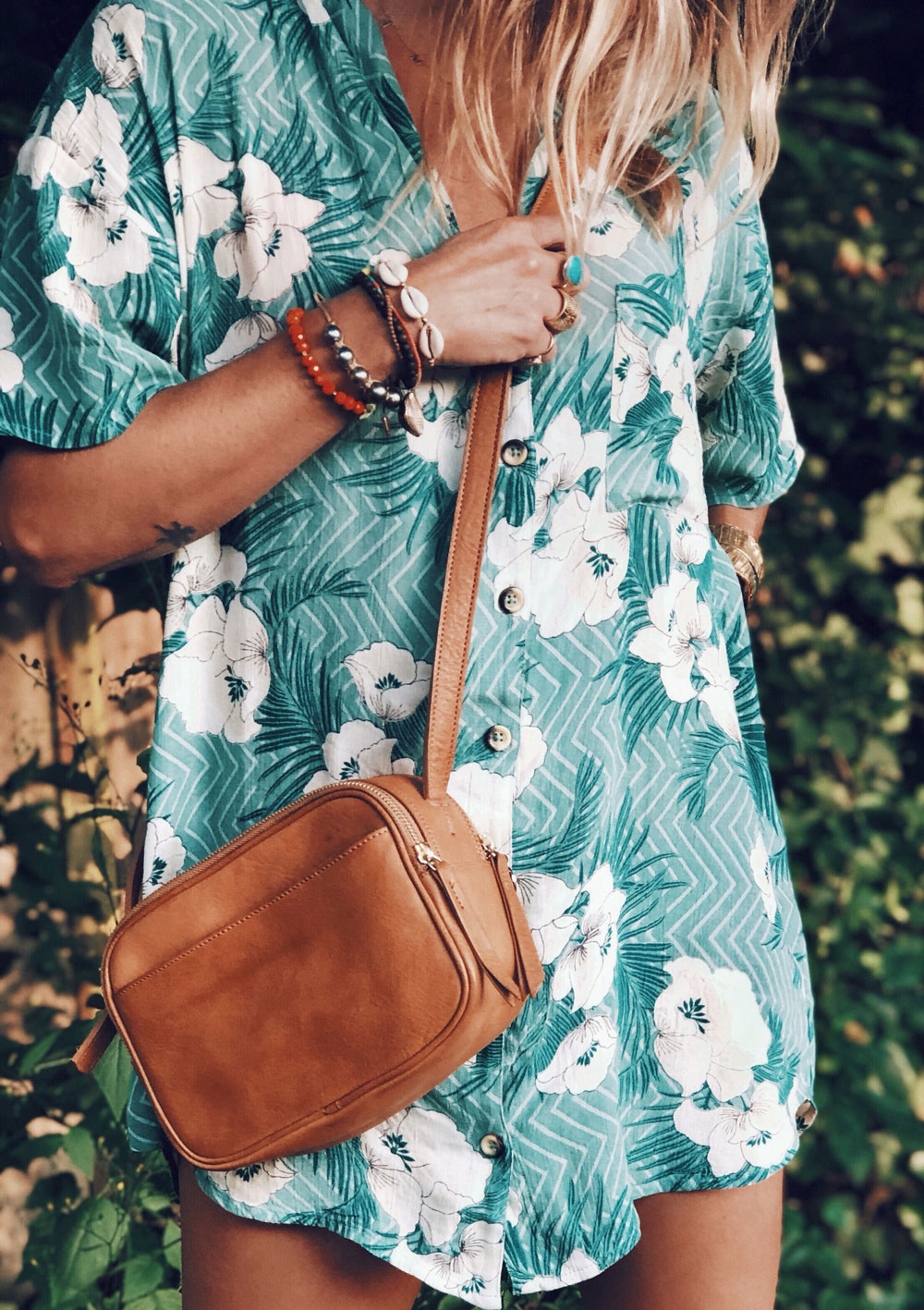 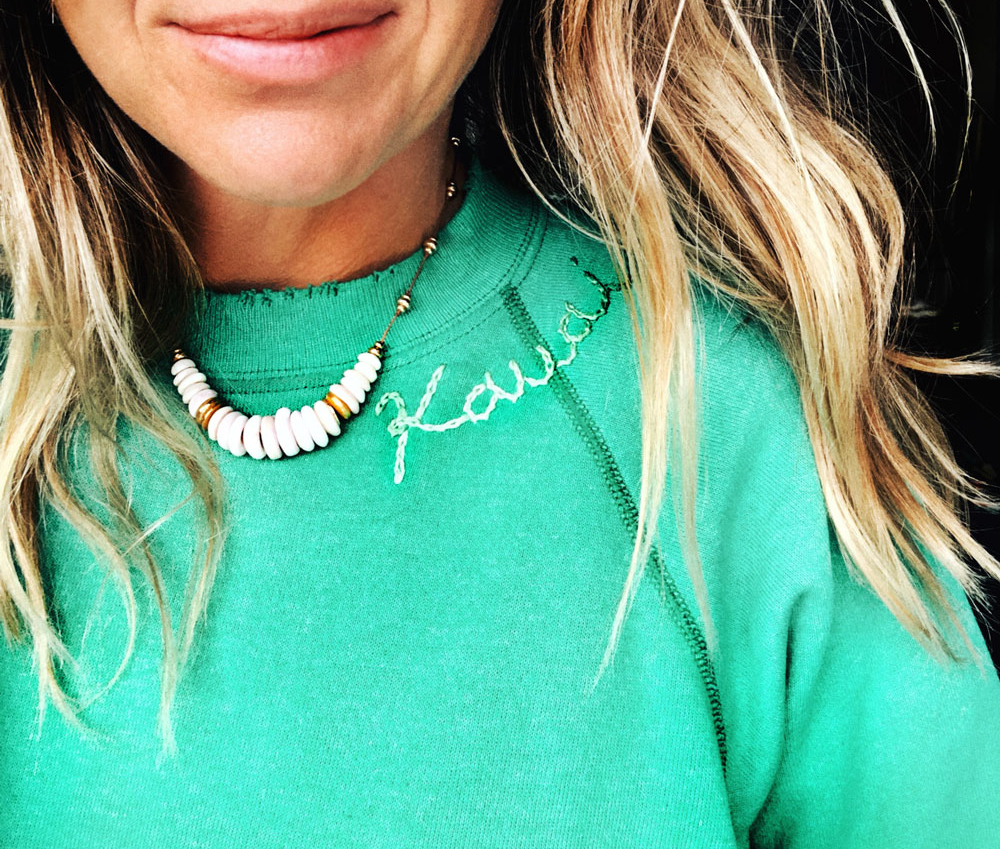 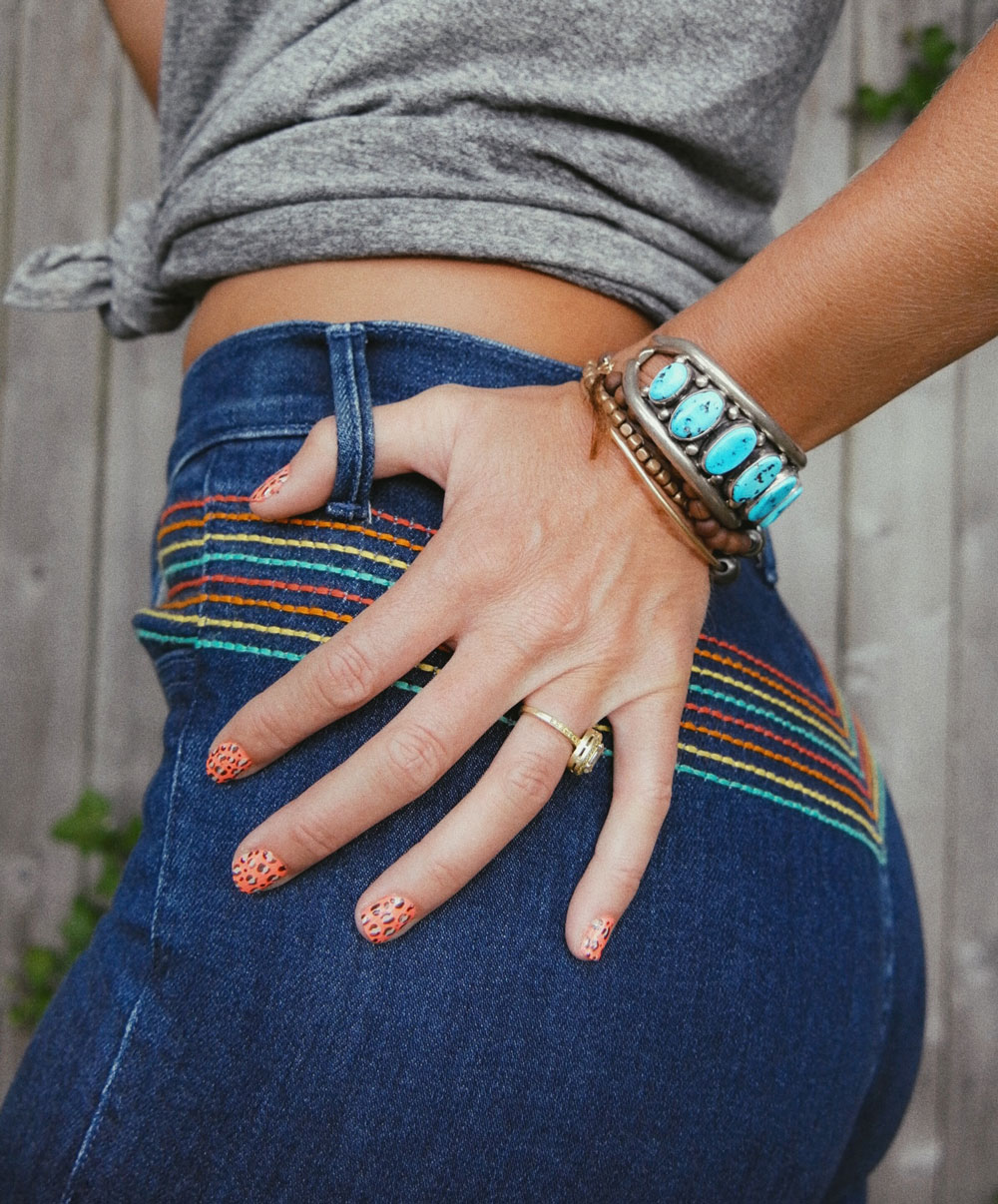 Want a quick and easy mood booster? Well, I’ve come to the conclusion that some sort of subtle yet effective endorphin release occurs when rocking a tropical print, something that says Aloha, some shells, or anything that vaguely reminds me of beach life (rainbow retro jeans included). It’s like a tropical touch can be a wearable happy pill or something.

Example: I have these old Billabong party pants that are on their last breath (they need to be washed but I’m scared they won’t hold up), and every time I rock them, there’s a little pep in my step. In fact, I put them on before writing this post as additional motivation.

One of the BEST impulse buys I ever made was when we moved from Hawaii to Seattle. I saw a tropical print men’s raincoat by Maison Scotch in a little boutique by Pike Place Market. It was out of budget but just the thought of rocking it on ensuing gray rainy days gave me an excuse. Fast forward to six years later, I’m still rocking it regularly. Even if there’s a hole in the side. An ironic fact: I couldn’t find a decent picture rocking it. I think they’re all on my old phone which won’t charge.

I wrote a while back, “The more aloha print you have in your life the happier you will be.” And I still stand by that statement. It’s the little things that kind of can hit a personal chord and really make the subtlest of differences. So, on days when all I want to rock is head to toe black because it fits my mood, it helps to have the black top have Aloha written on it.

Days when it’s hard to get out of bed, it’s nice to have a tropical print throw to huddle under for an extra minute. Then proceed to get coffee and transfer to the couch for a few minutes while still wrapped in it.

So cheers to necklaces that bring us back to the beach, old party pants that bring back so many memories, and any little tropical touch you can rock to brighten a day.

Or just saying to hell with it and rocking a bikini as underwear as much as possible.

*Someone please remind me to read this post once the grey rolls back into Seattle this Fall. (Mom, I know you’re reading this. I’m holding you responsible.)

Close up of my new favorite Sweatshirt. For (hopefully) obvious reasons. And those pukas again. Get used to seeing them a lot.